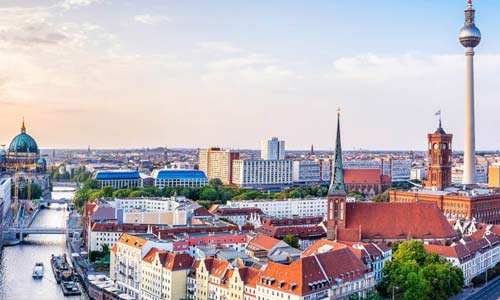 Berlin is a city really blooming, and it is the third most-visited city destination in Europe. Between all the culture, history and beer houses, you should definitely also check out the best rooftop bars Berlin. Starting right here, with the ultimate guide to the best roof terraces found in the German capital.

Rooftop Pools
The most amazing rooftop pools in the world - 2022 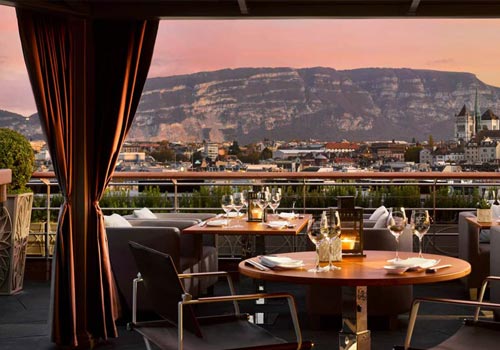 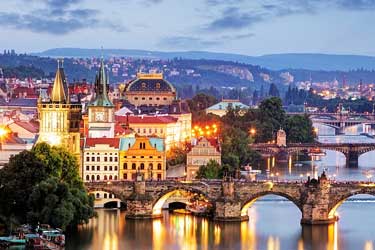 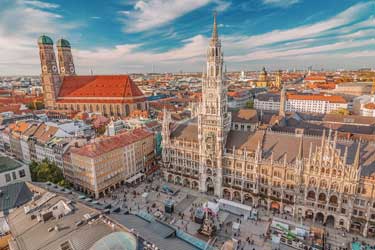 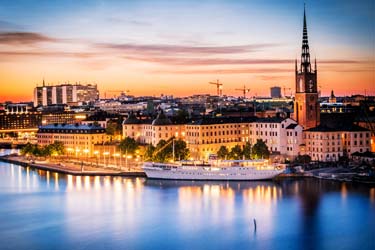 Berlin has a variety of fine rooftop bars with great views and good food and drinks. Summer is the best time to visit if you want the most out of the roof terraces.

In Berlin you can find a great variety of nice view spots. Some at luxury hotels, or privately owned rooftops located on the roof of the car park or beach clubs on the roof terraces.

The places here are very spread out on the city's major surface. However, most have close proximity to the city center, but considering how widespread the city center is, it is not walking distance from the roof terraces for those who want to visit multiple rooftop bars in Berlin on the same day.

Although the season for outdoor drinking is very short in Berlin - mostly because of the climate - there are a lot good rooftos here. The best thing here though is the variety diffrent styles and interiors. There is truly something for everyone. Luxury beach-club, bohemian etc. which makes it very hard to say what the typical Berlin rooftop bar looks like.

Use the map to search for the best ones, that are closest to your destination. And here's a list of the best hotels in Berlin with a view.

Berlin is Germany's capital and the largest city in the country. Berlin is through its cultural and historical heritage one of Europe's best known and most visited metropolises. Berlin is a major transport hub and an important economic and cultural center of Germany and Europe. Institutions such as universities, research centers, theaters, museums but also festivals, nightlife and architecture of Berlin has a worldwide reputation.

Food, drinks and party at rooftop bars in Berlin

Berlin has become known as a real party town. People from all over the world who like techno, house and rave comes here every week. But the atmosphere at the rooftop bars in Berlin is a little bit slower. Both Germany and Berlin is very famous for its beer. And at the rooftop bars in Berlin there are plenty of good beer varieties to choose from. Of course there are also lots of different cocktails and fine wines for those who like it. When it comes to food, the most common thing to eat is classic bar-bites at Berlins rooftop terraces. Burgers, hot dogs, salads and so on.

Height and view from the rooftop bars in Berlin

Berlin is like many other cities in Europe rather low built - in spite of being a big city. But despite this, you can get great views from the rooftop bars in Berlin. The highest is around 7-9th floor. The view from the rooftop bars are often over the rooftops of Berlin, TV tower and the cathedral. Very nice for those who want to get memorable photos of the town's picturesque views.

Other attractions in Berlin

Berlin is a city with many attractions and historical sites for tourists and history buffs. Or how about the following: The Berlin Wall, the disused Tempelhof airport, Neues Museum, Brandenburg Gate, the Cathedral and much more. Berlin also has lots of cozy cafés, nice brunch places and not least, a plethora of bars. Here there is almost a nice bar in every neighborhood. Perfect for those who like to hang with the locals and drink beer or wine. Regarding sports, Berlin has a football team in the German Bundes league called Hertha Berlin.

The little chilly climate and the northern location of Berlin makes the city does not have a greater range of rooftop swimming pools. However, at Soho House Berlin, there is a very luxurious rooftop pool, which is heated and has a fantastic view of Berlin and the famous TV tower. This rooftop pool may be used only by members or residents of the hotel. So if you want to take advantage of Berlin's best rooftop pool, you should reserve your hotel room at Soho House Berlin with us. Then you also get some of the best deals and prices on the market.

Flights and hotels in Berlin

Berlin has two quite large airports. Berlin Tegel Airport, located near the center and then Berlin-Schönefeld is located a bit outside. Here it lands and lifts, plenty of airplanes every day - which makes it very easy and convenient to get to Berlin from the rest of the world. Berlin has many good hotels. Some of them are equipped with cool rooftop bars. The hotel prices in Berlin varies depending on the standard, but you can do incredible clips here if you just look a little bit. At our website you will find the best hotel rates in Berlin. Book direct on the site and get a hotel with a roof terrace.