If you are now legally old enough to drink, going to bars is like a rite of passage. You’re probably pretty excited the first time you go into a gas station and plop a six-pack of beer down on the counter, but it’s even better when you can go into a bar and order that first legal drink.

You feel pretty grown-up standing there. Much like getting your driver’s license or graduating high school, this is another milestone that seems monumental at that moment.

If you enjoy the bar scene, you might spend some time checking out the different ones in your area. You’ll likely discover that there are lots of different bar types, from sports bars to dive bars, from piano bars to drag bars. Whatever your style or preferences, you should be able to find it.

The rooftop bar is an interesting choice. There are some people who love this option, while others do not care for it as much.

Let’s talk about some rooftop bar negatives and positives so you can decide whether this is going to turn into one of your new favorites.

It Allows You to See the City

In 1984, the federal government stepped in and changed the legal drinking age to 21 nationwide. Before that, some states allowed individuals to legally consume alcohol as young as 16.

It’s probably better the way it is now. Some teenagers feel like they’re old enough to consume spirituous beverages, but they aren’t. Their impulse control is much worse at that point, and it’s best not to add intoxicating substances to the mix.

Regardless of whether 21 is the ideal age or not, that’s what it has been for many years, and it seems likely to stay that way. At 21, you’ll probably want to see more of your surroundings. You’ll feel ready to explore and see your city or town in a new way.

The rooftop bar lets you do that. You’re higher than many other structures, and you can look down on people scurrying by below.

It’s kind of a special feeling to sip a cocktail and look at the city’s bright lights all around you. You feel like you’re a member of some secret club. It’s an interesting perspective that you don’t get if you’re drinking inside a bar at ground level.

It’s Nice Being Outside

If you’re in the Northeast in January, you won’t want to be outside when you’re drinking. In these areas, rooftop bars do exist, but they’re a seasonal thing.

However, if it’s spring, summer, or autumn, and the weather is nice, this is one of the pleasantest ways to enjoy a beverage with your friends. If the air has a bit of a chill to it, some rooftop bars even have fireplaces that you can gather around.

It gives you a cozy feeling being outdoors, with a fire in front of you and a drink in your hands. You can curl up next to your spouse or partner if you have one. If you’re with a date, and you’re not sure how they feel about you, this might be the right time to make a move.

You Can Smoke or Vape

Everyone knows that smoking and vaping are harmful. They can certainly cause all kinds of serious health problems if you do them habitually.

However, humans have a tremendous capacity for doing things that aren’t the best idea from a health standpoint. Consuming alcohol makes our livers work to process it. It’s unhealthy, yet we’ve created spirits for thousands of years.

If you do smoke or vape occasionally, you might be able to get away with doing it if you’re at a rooftop bar. You can no longer do it inside, and with good reason, since others will have to deal with your secondhand smoke or other emissions.

Outside, you can have a vape or a cigarette, provided you step far enough away from people that it will not bother them. The occasional indulgence is not the worst thing in the world, especially if you’ve been working hard all week.

On the other hand, if you’re up on a roof, there are some people who probably are not going to be so happy about that. There are many individuals who don’t like being up high. It might even terrify them.

You would think that if you’re up on a roof, there would be some safeguards, especially where there is alcohol. There will probably be walls or other barriers separating you from danger.

Still, some people won’t even like the idea of getting up on a roof when they’re drinking. They might deal with vertigo before they ever get close to the edge.

If you suffer from this fear, you’ll want to stay inside. If you explain your phobia to the people with you, they will probably understand.

Some people also don’t like being up high for a different reason. They are not precisely afraid, but they have another issue.

When they get up high, they hear the void calling them. The void is empty space. It’s the empty air that exists all around them at all times, and it’s between them and the pavement far below.

These individuals are not suicidal, and yet, when they get close to a high ledge and they look down at the ground, they experience an irrational urge to jump off. They’re like lemmings.

If you feel this strange pull, you should be able to resist it, and yet occasionally, you’ll get someone who can’t. They’re drinking, so their inhibitions are lower. They gradually move closer and closer to the edge, and the next thing you know, a tragic accident occurs.

If you have a rooftop bar handy, and you want to drink, either with friends or by yourself, you can weigh all these factors. It might seem like the perfect choice for you, or you may decide there are other more suitable options. 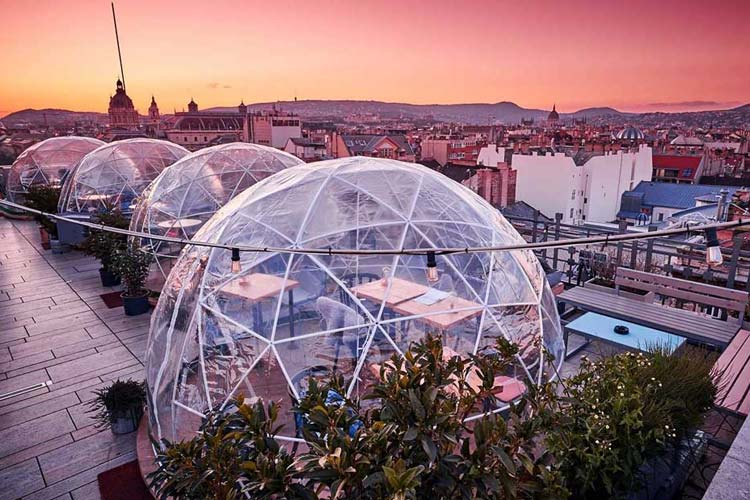 Article
Rooftop igloos around the world - 2020/21 edition
Worldwide
"There are lots of places to get a cosy winter rooftop experience, even during these special times." 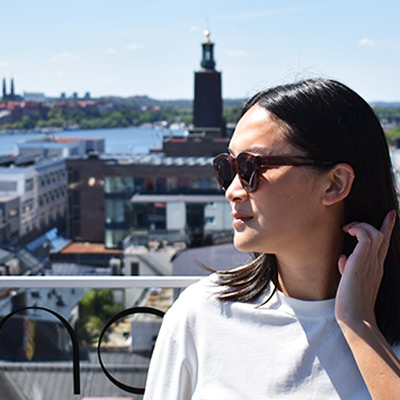